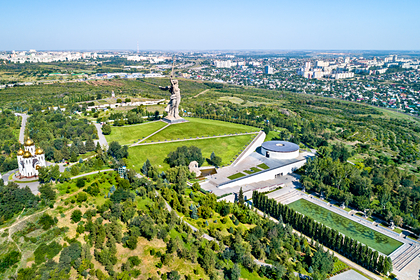 own tourist routes for guests and residents of the Russian city. Co-founder of the project Alexandra Sukiasyan, in an interview with TASS, said that the students' proposals will be posted on a special website, which is planned to be launched by 2022.

The interlocutor of the agency pointed out that the project “Volgograd without filters” is dedicated to children's tourism. “The guys themselves have developed tourist routes, but not the ones that were once created by their grandparents or tour operators. It is with their own eyes that they look at modern Volgograd, what they like here, what they would like to show to their peers who come to visit, “she added.

The agency notes that the school tourism project was developed by teachers and students of the Volgograd private school “Generation”. About 300 students from 50 schools were involved in the creation of the routes. The initiative was supported by the Presidential Grants Fund, which allocated almost 500 thousand rubles. Another 530 thousand rubles for the implementation of the project was allocated from the school's funds.

Previously, auto expert Igor Morzharetto shared the best routes for winter travel in Russia. In his opinion, traveling by car is a freedom to choose a path, which is not available in classic tours. Offering his options, Morzaretto indicated that he traveled all the above roads personally.