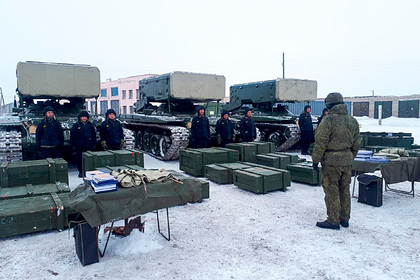 The Russian Ministry of Defense plans to form three battalions with heavy flamethrower systems (TOC). Until 2027, units of the Southern Military District (YuVO) will receive TOS-2 “Tosochka” wheeled vehicles and TOS-1A “Solntsepek” systems on a tracked chassis, which will cover the Caucasus, Crimea and the border with Ukraine. This is reported by Izvestia with reference to the defense department.

By 2024, the number of TPS in operating units will be brought to 42 sets. After that, the TOS fleet will be increased by the formation of additional formations in the troops of radiation, chemical and biological protection (RHBZ). By 2027, it is planned to create three new TOS battalions. This will increase the firepower of the Southern Military District sixfold.

The interlocutors of the publication noted that heavy flamethrower systems can be transferred to the western strategic direction. The “Tosochka” wheeled chassis will allow marches on public roads.

Earlier, the general director of the scientific and production association “Splav” Alexander Smirnov said that the supply of TOS-2 “Tosochka” to the troops would begin in 2021. He noted that preparations for the fulfillment of the contract are going on in parallel with the testing of the vehicle.

In September, the Central Research Institute of Precision Engineering TsNIITOCHMASH of the Rostec State Corporation began production of a new protection system for armored vehicles. The development is designed to protect TOS-2 “Tosochka”, PRP-2 and “Zavet-D” vehicles from high-precision weapons.