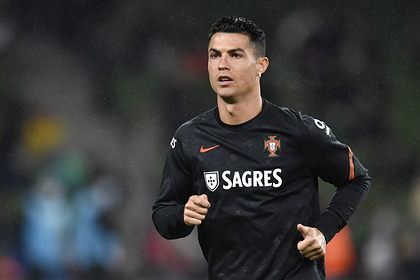 “He was a forward when I first arrived at Old Trafford, he became my coach when I returned to Manchester United. But, first of all, Ole is an outstanding person, ”the footballer wrote. He wished the coach good luck and noted that he deserved it.

Solskjaer's departure became known on Sunday, November 21. Michael Carrick has been named United's acting head coach. According to The Mirror, when deciding to terminate the contract with the Norwegian specialist, the club's management took into account the mood of Ronaldo, who in recent weeks expressed dissatisfaction with the team's results.

The last match at the helm of United for Solskjaer was the confrontation with Watford “. The Red Devils suffered a crushing defeat with a score of 1: 4. After 12 matches in the English Premier League, Manchester United are seventh in the standings.