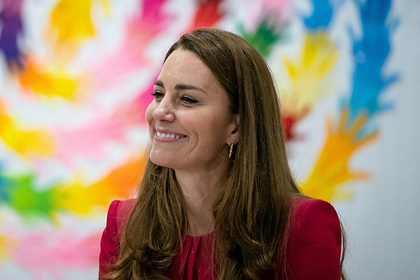 Makeup artist Laura Kay reveals her youthful appearance Duchess of Cambridge Catherine at the Royal Variety Show in London. Her words are quoted by the Daily Mail.

Kate Middleton attended the event in an emerald-colored maxi evening dress with long sleeves, decorated with shiny sequins. It is known that British Jenny Packham is a fashion designer. The footage shows that the celebrity is holding a clutch to match the outfit.

The founder of the cosmetics brand Laura Kay London noted that the wife of Prince William emphasized her natural beauty with a make-up in nude colors. So, to even out the skin tone, she used a light BB cream and highlighted the cheekbones with a creamy blush of a warm shade. “Kate was able to create the effect of radiant skin, so she looked healthy, rested and rejuvenated,” she explained.

In addition, the expert drew attention to the eye makeup of a member of the royal family. In her opinion, silver eyeshadow combined with dark brown eyeliner open up the Duchess's eyes and go well with her emerald dress. “Kate also gave up her usual hairstyle with a new parting and curls. Such styling speaks of her self-confidence, “- concluded the specialist.

Earlier in September, in the outfit of Kate Middleton at the premiere of the film” No Time to Die, “they saw the imitation of her mother-in-law. Journalists drew attention to the similarity of the clothes of the wife of Prince William with the dress of Princess Diana, in which she was published at the premiere of another James Bond film “A View of the Murder” in 1985. Then the royal lady was in a silver shiny floor-length dress with a similar V-neck and pumps of the same color.