IUE: the replacement of water supply networks in Russia is estimated at almost 3.2 trillion rubles 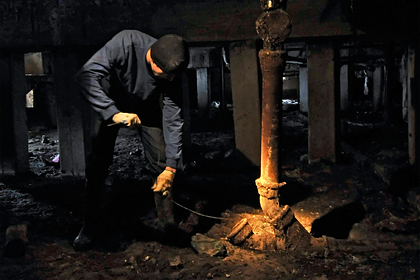 Experts of the Institute for Urban Economics (IUE) it is estimated that the repair of the entire water supply system in Russia will require investments of almost 3.2 trillion rubles. Analysts shared their assessment in the study, TASS reports.

According to analysts, the need for such investments reaches about 731 percent of the costs of water supply and sewerage enterprises. With regard to the replacement of sewerage systems, the figure is estimated at 146 percent – they need 638 billion rubles. The values ​​were identified based on their comparison with the expenses of enterprises in 2019, when the amount of expenses amounted to 436.7 billion rubles with revenues of 425.9 billion rubles.

Experts noted that water supply and sewerage enterprises in the country are considered unprofitable. Basically, their expenses for improving the state of water supply and sanitation infrastructure are at a relatively low level compared to the required amount of investments.

In October 2021, Deputy Prime Minister Marat Khusnullin instructed the Ministry of Construction to calculate costs and prepare a plan for mass modernization of systems storm sewers in the country. Experts clarified that in most Russian cities, stormwaters were worn out by 60-90 percent.