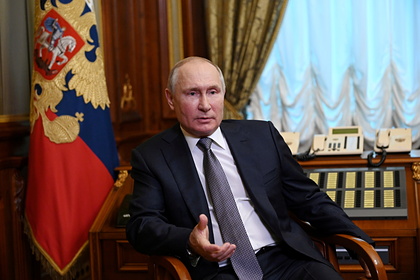 Russian President Vladimir Putin in a telephone conversation with Italian Prime Minister Mario Draghi said that Ukraine is committing provocations in the Donbass. This was announced on Monday, November 22, by the Kremlin press service.

Putin accused Kiev of stubborn refusal to comply with the Minsk agreements and the agreements of the Normandy Four.

“Of particular concern are provocative steps of the Ukrainian side to deliberately aggravate the situation in Donbass, including the use of weapons prohibited by the Minsk Package of Measures, the press service added.

The parties also discussed the migration crisis on the border of Belarus with the European Union and cooperation in the energy sector.

Earlier, Ukrainian Foreign Minister Dmitry Kuleba said that recently Moscow is increasingly accusing Kiev of wanting to resolve the conflict with the self-proclaimed republics of Donbass by force. But Ukraine is not planning an offensive military operation, the minister stressed. He assured that Kiev continues to “work hard” to revive the “Normandy format” together with Paris and Berlin.

The head of the Main Intelligence Directorate of the Ministry of Defense of Ukraine Kirill Budanov said that Kiev was the first to use American portable anti-tank missile systems in Donbas Javelin. According to him, they will be used along with the Turkish Bayraktar drones and will become a significant psychological deterrent.