Submarine officer Yurchenko: the announced version about the death of the Kursk was unprofitable in the 2000s 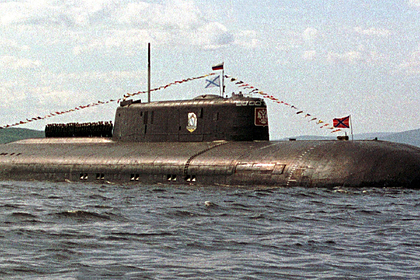 The version of the death of the Kursk submarine due to a collision with a NATO submarine, which was voiced by admiral and ex-commander of the Northern Fleet Vyacheslav Popov, was politically disadvantageous in the 2000s, although most Russian submariners adhered to it. This was stated in a conversation with News.ru by the Soviet and Russian submarine officer, Hero of Russia Yuri Yurchenko.

“From the very beginning, the majority of Russian submariners adhered to the version that Popov voiced on the first day after the sinking of the Kursk. (…) In principle, we could declare war, because there was an attack on our submarine, ”Yurchenko said. He commanded the nuclear submarine cruisers K-117 Bryansk and K-18 Karelia.

Earlier, Admiral Popov named his own version of the death of the Kursk. According to him, this was due to a collision with a NATO submarine, which was tracking the submarine. He noted that the submarine was unable to ensure safety due to weather conditions, so it sailed too close to the Kursk, later it was found off the coast of Norway.

Former Chief of the Main Staff of the Navy (Navy ) Of Russia, Admiral Viktor Kravchenko said that indirect signs confirm Popov's version. According to Russian and foreign media reports, on that day, nuclear submarines of the United States and Great Britain were indeed in the exercise area. The Russian Defense Ministry asked the Pentagon for permission to inspect the Memphis and Toledo submarines, but the department was denied due to the “working condition of all submarines.”

The Kremlin refused to comment on Popov's new version. Former Chairman of the Committee for Underwater Operations and Vice Admiral of the Reserve of the Russian Navy Tengiz Borisov said that NATO submarines had nothing to do with the sinking of the Kursk.

The Kursk sank on August 12, 2000 in the Barents Sea in 175 kilometers from Severomorsk, all 118 crew members were killed. According to the official version, the tragedy was caused by the explosion of a steam torpedo on board, which then detonated.