Peskov's son: a post with a reaction to the death of a blogger in an accident in Moscow was written by an acquaintance 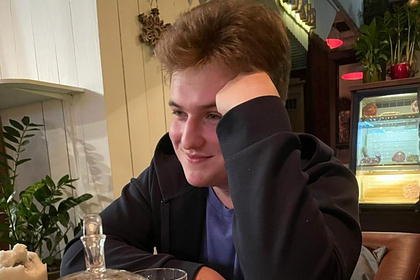 The son of Kremlin official representative Dmitry Peskov, 17-year-old Mika stated in his Instagram account that the real author of the post with the reaction to the death of the blogger in an accident in Moscow is his acquaintance, who “has the right to drive a car.”

The young man explained that he had only made a screenshot of the said publication. Mika Peskov recalled that the nickname of the person whose story is being viewed disappears when pause is pressed. “Understand the situation first, and then say something,” experts “,” wrote the son of the press secretary of the Russian president.

Peskov's daughter Elizaveta noted earlier that their parents raised them so that others would not think as if they are brainless representatives of the golden youth.

Earlier it was revealed that Mika Peskov posted a story on his Instagram account with a reaction to the death of autoblogger Said Gubdensky, who caused a massive accident on Kutuzovsky Prospekt in Moscow. The young man placed the text on the background of a photograph of the steering wheel and the road. The author of the published lines notes that after resonant accidents he often promises himself “to drive with his head and not drive”, but after two or three days he returns to his previous driving style.

The accident where Gubdensky died took place on November 20 on Kutuzovsky Prospekt in Moscow. BMW, driven by the blogger, crashed into Mercedes and Volvo. It was reported that the cause of the accident was speeding and a “game of checkers” – an attempt to go faster than the speed of the stream, constantly rearranging from row to row. In addition to Gubdensky, the president of the Federation of Automobile and Motorcycle Sports of Dagestan Zaur Ibragimov, who was in the BMW salon, died in an accident. Two more people were injured, but refused hospitalization.