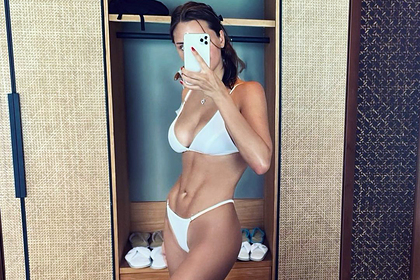 The gymnast posted a candid picture in which she appeared in a white swimsuit. Sevastyanova photographed her own reflection in the mirror.

Within a day from the date of publication, the post received more than 11 thousand likes. “Gorgeous figure! One of the most beautiful athletes !!! “,” Charming girl “,” Bomb “,” I'll get rich, I'll come with flowers! ” Earlier, the 26-year-old athlete posed in the Maldives in a white shirt, with a white flower in her hair and a bra that half bared her breasts.

In April, followers started looking for Sevastyanova's panties in a photograph. In the picture, the Russian woman appeared in a leopard top and a loincloth of the same color.

Sevastyanova became the winner of the 2012 Games in London in the group all-around. She also has two gold medals in the European Championship. After the Olympics, the athlete retired.