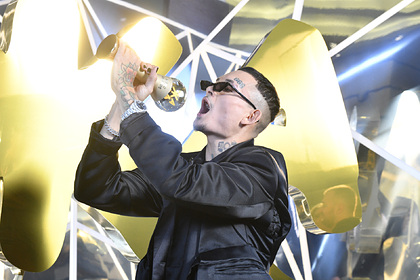 The organization “Veterans of Russia” demanded to cancel the concert of rapper Alisher M Moscow, scheduled for November 26. This is reported by News.ru.

“I have bitches, money, cars” Why all of Russia talks about Morgenstern and what is the secret of his success 16:17 – 3 June

Morgenstern was recognized guilty of drug propaganda. Expensive sports car, a dagger in a bag and a show: how the rapper was tried

Representatives of the organization appealed to the mayor of Moscow Sergei Sobyanin, the metropolitan prosecutor Denis Popov, the Ministry of Internal Affairs and the Ministry of Emergency Situations, as well as the head of the Moscow department of Rospotrebnadzor Elena Andreeva, asking to check the expediency and legality of holding Morgenstern's concert in the Gipsy club.

Veterans of Russia “, 42-year-old Ildar Rezyapov called the establishment” a scandalous nightclub “, which is” known for repeated violations of legislation in the field of promoting non-traditional sexual relations, fire safety, as well as coronavirus restrictions. ” “The parental community is outraged by the work of Morgenstern. He is refused to perform in many cities of Russia. For my part, I want to add: his guilt in promoting a parasitic lifestyle and drugs was proven in court. This is unacceptable in the development of the future young generation, “he said.

Earlier in November, it became known that the Investigative Committee of Russia will again examine Morgenstern's work for the presence of drug propaganda. It's about the video for the song Pablo. In the summer, the hip-hop artist was fined 100 thousand rubles for drug propaganda for the tracks “Rose Wine 2” and Family.

In September, Morgenstern's opponents called for his concert in Kazan to be canceled.