The head of Moldovagaz about the possibility of stopping gas supplies: received a notification from Gazprom 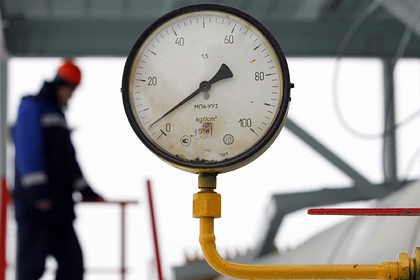 The head of Moldovagaz Vadim Cheban responded to the ultimatum Gazprom on the termination of gas pumping in 48 hours in case of non-payment of debts. This was reported by RIA Novosti.

Cheban noted that the company received a notification from Gazprom. He explained that in this case we are talking about paying for consumption in October and half of the payment for November. “We have a special gap, because in October, the purchase price was $ 150 in the tariff, and we bought at $ 800 each, we are working on this problem now,” the head of Moldovagaz said.

In addition, he stressed that the present situation was provided for by the protocol signed by Gazprom and Moldovagaz.

Earlier, a representative of the Russian energy company Gazprom said that an ultimatum had been issued to Moldova. The fuel producer has warned that gas pumping to the country will be stopped in 48 hours if debts are not paid.

Under the new contract, Gazprom will supply gas to Moldova for 5 years, starting from November 1. The parties agreed to conduct an audit of the debt of the Moldovan-Russian energy company Moldovagaz to Gazprom no later than May 1, 2022. Recently, Gazprom and Moldova also entered into a “skeleton” agreement on debt repayment. The document includes an approximate timetable, according to which the debt should be repaid within five years.