AFP: More than 100 residents have been targeted by militant attacks on villages in the Jugu region of the DRC 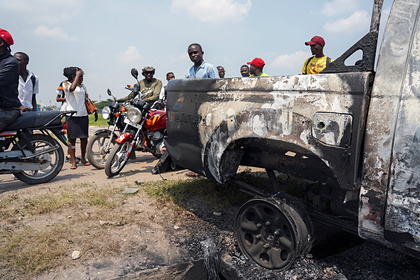 Democratic Republic of the Congo (DRC). This is reported by CGTN with reference to AFP.

According to the TASS agency, unknown militants killed more than a hundred civilians in settlements in the Jugu region of Ituri province in the east of the country. At the moment, the DRC authorities do not disclose information about the criminal group that organized the attacks.

On September 29, it was reported that residents of the Democratic Republic of the Congo burned eight women alive, accusing them of witchcraft. Between June and September 2021, more than 300 women were charged with witchcraft, according to lawyers. Experts blamed the country's leadership for what was happening, which did not want to take action.