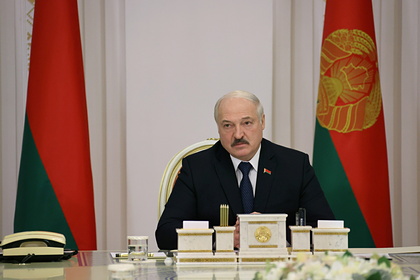 President of Belarus Alexander Lukashenko estimated his presidential rating in the country at 87-90 percent. Lukashenka cited these figures in an interview with the BBC.

Lukashenka named the data based on the results of voting in the presidential elections in August 2020. According to the Central Election Commission of Belarus, Lukashenka won with a score of 80.1 percent. According to the president's assumption, people have become even more supportive of his actions after the end of the protests that swept the country after the announcement of the results of those elections.

Related materials00: 01 – 14 August 2019 While Lukashenko talks about friendship with Russia, Belarusians are fined for the Russian language 00:02 – July 14

“He called himself the savior of Europe” Lithuania swept over a stream of refugees. What awaits the EU and how is Lukashenka involved in this?

“And what happened after the elections? How many people came to the rallies in our country (pro-government rallies organized in support of Lukashenka – comment of Lenta.ru ) and still ride with national flags? And people are seeing more and more! Today they are no longer 80 percent, today there are 87, and maybe 90, “Lukashenko said.

The incumbent Belarusian president also noted that the total number of protesters in Minsk at its peak was 46 thousand, which is incomparable with a total population of Belarus of 10 million. Lukashenka countered the argument of the journalist talking to him that he had seen a greater number of protesters by saying that he had photographs of the events. According to the incumbent president, the protesters were “traitors”, and the protests were planned in advance by “German, British and American funds.” at 27.4 percent. Before the summer 2020 elections, absolutely opposite results were published – according to the analytics of users of social networks, Lukashenko received less than four percent of support, and a classic opinion poll gave Lukashenko 72.3 percent of the rating.