Lukashenko: if the Poles close the border with Belarus, they will go through Donbass 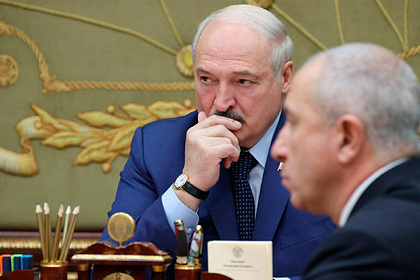 crisis on the border of the two countries, BelTA informs.

“One more thing. This is probably more of an appeal to the Poles. You probably hear that there are constant threats from these wild politicians and leaders of Poland: we will close the border, the Forge will be closed – there is a railway border crossing, ”Lukashenko said at a meeting with Governor of the Grodno Region Vladimir Karanik and regional aide Yury Karaev.

According to Lukashenka, if it is more convenient for the Polish authorities, let them close it. “But first we need to think about how they will communicate with Russia, China, and in general with the East. They will go through Donbass. And there the guys are sharp. They will quickly rebuild them, “he continued.

At the same time, according to the head of Belarus, no one is waiting for Poles there. “This is how I speak figuratively – through the Donbass. Nobody is waiting for them there. Russia has a closed border with Ukraine there, “Lukashenko explained.

He added that Warsaw is playing to aggravate the situation in order to solve its own problems or blame Belarus for them.

Earlier at the UN stated that the living conditions of migrants on the border between Poland and Belarus cause concern.