President of Belarus Lukashenko: about 150 migrants remain along the border 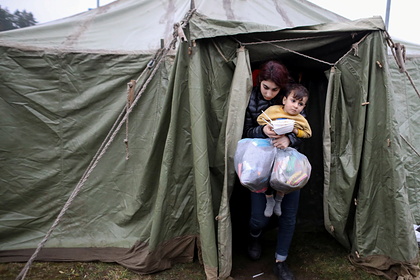 The number of migrants along the border of Belarus, Poland, Lithuania and Latvia has significantly decreased. According to the President of Belarus Alexander Lukashenko, as of November 22, about 150 people remain in the border zone. His words are reported by BELTA.

“As of today, I have clarified. True, there are already much less left. Somewhere about one and a half hundred people on the border – along the entire border of the three states, ”Lukashenka said.

At the same time, the Belarusian president stressed that attempts of migrants to get into the European Union do not stop until now. If such violators are caught by the police in Poland, or even by control on the Polish-German border, they are still sent back to the border strip with Belarus. However, even in such conditions, there is a sharp decline in the number of migrants at the border.

“They would rather die in Europe than return home” How migrants on the border with Poland changed life in Belarus 15:25 – 19 November

.Migrants on the border of Poland and Belarus – about a breakthrough to Europe, life in a camp and fear of deportation The governor noted that so far the region has not received money from the European Union to help refugees. All humanitarian aid is carried out by Belarusian citizens – representatives of civil society, volunteers, businessmen.

Earlier, the press secretary of the Belarusian president Natalya Eismont said that, according to the authorities, there are about seven thousand migrants from the Middle East in Belarus wishing to enter the European Union. At the same time, two thousand of them were housed in a spontaneous camp on the border with Poland. On November 18, most of the migrants have already left for the building of the logistics center provided to them.