Lukashenko: not a single application for asylum in Belarus has been received from migrants 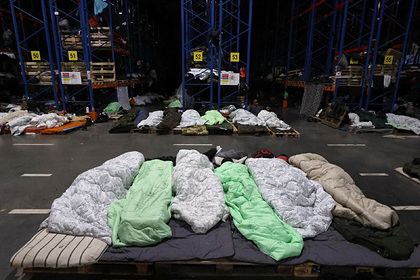 President of Belarus Alexander Lukashenko said in an interview with the BBC about the absence of those wishing to stay in his country of migrants. The video was posted on YouTube.

The journalist conveyed to Lukashenka the words of some migrants that they would like to stay in Belarus if they do not get to Europe. “We have order, unlike you, and the law. And so far we have not received any such application with a request to stay in Belarus. If they act in accordance with the law, and very quickly, unlike you, we will consider, “Lukashenko said.

Meanwhile, the Zerkalo.io edition reported on November 15 that one of the migrants, 29-year-old journalist Rebin Sirvan Majid from Iraqi Kurdistan decided to seek asylum in Belarus, but he was beaten and expelled from the country.

Rebin said that he was persecuted in his homeland for his journalistic activities and decided to leave for Europe. It is difficult for an Iraqi citizen to obtain an EU visa, so he tried to get through Belarus. When he failed, he decided to stay in the post-Soviet republic.

The journalist appealed to the Office of the UN High Commissioner for Refugees, from where he was sent to the Department of Citizenship and Migration of the Ministry of Internal Affairs. “But as soon as I came to them and said that I wanted to ask for protection, they announced that they would deport me. Nobody listened to my words that I am a journalist and could die in Iraq. When I tried to argue, I was immediately hit with an electric shock, ”Rebin said.

As a result, he was brought to the airport and forced to board the first plane to Damascus. He is currently in Iraq and is trying to obtain a European visa through legal means.