Lukashenko: as soon as Putin starts negotiations with Navalny, I will start them with Tikhanovskaya 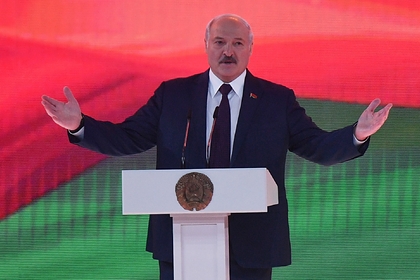 President of Belarus Alexander Lukashenko in an interview with BBC -si “called the condition for starting negotiations with the former candidate for the post of head of the republic, Svetlana Tikhanovskaya.

” I can draw a parallel. As soon as [Russian President Vladimir] Putin and Navalny (Alexei Navalny is the founder of the FBK, included by the Ministry of Justice in the register of organizations performing the functions of a foreign agent and recognized as an extremist organization) sit down at the negotiating table, I instantly with Svetlana I will start negotiations, “Lukashenko said.

When asked if he would like Putin to start negotiations with Navalny, Lukashenko replied:“ These are his problems. I don’t play such “Wishlist”. For me, if you want to know my point of view, Navalny is a corrupt person, and Putin will never sit down at the negotiating table with him. ”

On November 18, speaking at an expanded meeting of the collegium of the Russian Foreign Ministry, Putin called for dialogue between the Belarusian authorities and the opposition. He noted that the situation in Belarus has calmed down, but there are problems.

The first head of independent Belarus Stanislav Shushkevich said that there could be no negotiations, since Lukashenka is an illegal president. “And it’s time for Putin to realize that such a falsification of the elections that we had, and the protest that was, suggests that the whole country is in opposition,” he said.