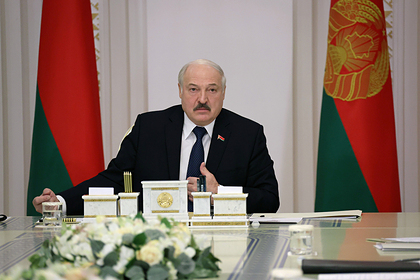 The head of Belarus, Alexander Lukashenko, said that he would not discuss with his Russian counterpart Vladimir Putin, the question of a single president of the Union State. Thus, he answered the relevant question of the BBC journalists, BelTA informs in its Telegram channel.

“The question is“ one president ”,“ two presidents ”(…) Putin, I swear to you, did not discuss this issue. Never, “the head of the republic concluded.

Lukashenko stressed that such a topic is not even on the agenda.

Earlier, Prime Minister of Belarus Roman Golovchenko said during a meeting with the head of the Russian government Mikhail Mishustin that Minsk “lost” the plan for the implementation of the union program on the communications market. He said that as of today, all integration programs have been signed, except for one.

On November 4, Putin and Lukashenko signed an integration decree of the Union State. The heads of state approved 28 previously approved integration programs, as well as the military doctrine and concept of migration policy.