Head of the SOGGL Lyubayevas: illegal immigrants began to cross the Lithuanian border in small groups 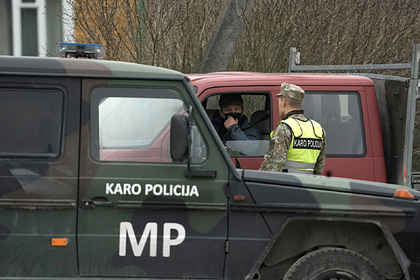 Groups of illegal migrants changed their tactics when trying to cross the Belarusian-Lithuanian border. The head of the Lithuanian State Border Guard Service (SOGGL) Rustamas Lyubayevas said in an interview with LRT TV channel.

He said that over the past day, Lithuanian border guards managed to prevent 70 illegal immigrants from crossing the cordon, and drew attention to the change in border crossing tactics .

According to him, the Belarusian security forces began to push small groups of refugees from three to five people into Lithuania, which complicated their detection and detention.

At the same time, Lyubayevas noted that over the past 24 hours , as well as last week, the greatest number of violations was recorded at the Varenskaya border post.

Earlier, the State Border Committee (GPK) of Belarus reported that on November 19, Polish and Lithuanian security forces tried to expel about 490 migrants to the territory of the republic … The department also added that all these refugees do not consider Belarus as a country for further stay and want to go to Europe.