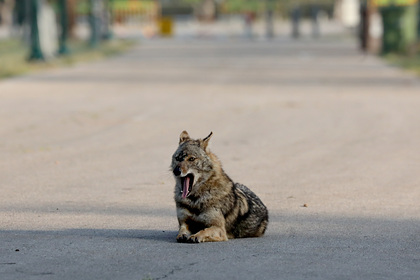 In the Indian district of Katihar, a jackal attacked 40 people them and was killed by local residents. This is reported by the Hindustan Times.

Over the past week, residents of five villages in the county have survived a jackal attack. Children, women and men were injured, eight of them were seriously injured.

According to Afsar Alam, the beast attacked him while he was working on the farm. Another resident ran into a jackal in a rice field and was hospitalized after the attack.

Alarmed Indians were on duty day and night, trying to track down the beast and prevent its attacks. On Sunday, November 21, villagers managed to catch a jackal and kill him.

Environmentalist Sumit Anand commented on the incident and expressed concern about the killing of a wild animal. “After deforestation, wild animals roam the neighborhood in search of food and attack people from hunger and despair,” she said.

Earlier it was reported that in the Indian state of Uttarakhand, a man who was attacked by a leopard fought off a predator with a sickle. The wounded animal started to run, but soon lost consciousness and died.