REN TV: ex-deputy minister of education Rakova was expelled from Baumanka in her first year of study 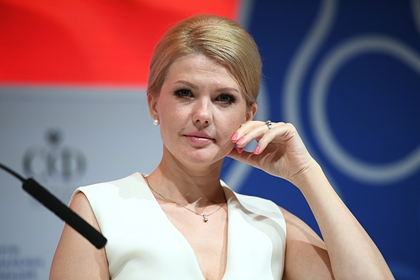 in the case of embezzlement on an especially large scale, she was expelled for academic failure from the Bauman Moscow State Technical University in her first year. Documents confirming this fact on Monday, November 22, are published by REN TV on its Telegram channel.

They indicate that the former official in 2001 had eight academic debts at the university: she did not pass three out of four credits and none of the five exams in the Applied Mathematics curriculum. After expulsion, Rakova was educated at a private educational institution – the Altai Academy of Economics and Law. There she studied law. 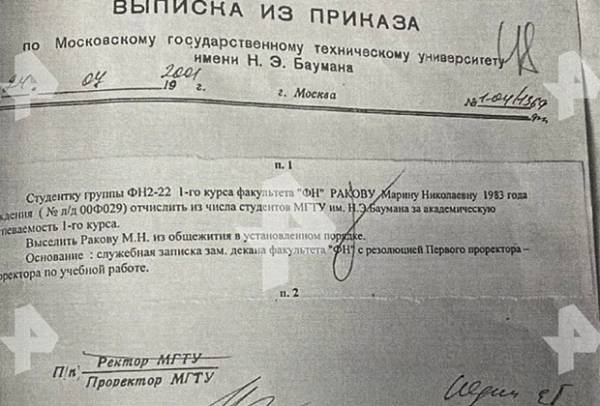 theft by fraud of money belonging to the Fund for New Forms of Education Development and allocated within the framework of the federal project Teacher of the Year of the national project Education. On October 7, it became known that Rakova was sent to a pre-trial detention center for two months.

The rector of the Moscow Higher School of Social and Economic Sciences Sergei Zuev and Rakova's common-law husband Artur Stetsenko were also arrested in this case. None of the defendants plead guilty.

On November 19, the ex-deputy head of the Ministry of Education was charged with a new episode: fraud related to fictitious employment of people at the Russian Academy of National Economy and Civil Service (RANEPA).