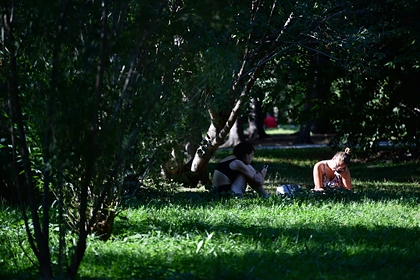 who need improvement. As KP.RU clarifies, in the future it is planned to hold a vote, during which five objects will be selected.

Speaking about the initiative, Viktor Yurovitskiy, Deputy Chairman of the Committee for Improvement of the Yekaterinburg Administration, noted that the vote should take place in the spring of 2022. According to him, proposals from residents will be accepted until December 22. “For consideration will be taken objects located within the boundaries of public lands – these are parks, squares, boulevards,” – he explained.

At the moment, the mayor's office has listed nine parks and squares. In particular, in the near future it is proposed to improve the Engels Garden and the Summer Park on Uralmash, the park of the 50th anniversary of the Komsomol, the park within the boundaries of Patrice Lumumba – Sukhumsky – Aptekarskaya streets, as well as the park of the 50th anniversary of Soviet power. “In addition, we have included in the list a park along Ferganskaya street, an alley on Sedov street, 7 keys park and Blucher park within the boundaries of Blucher, Flotskaya, Militseyskaya streets and Shadrinsky lane,” Yurovitsky added.

It is noted that voting on parks and squares in Yekaterinburg has been held for three years already. Thanks to this, in the past, the section of the Iset embankment from Malyshev to Kuibyshev, as well as the square of the opera house and the Green Grove park were refined. In addition, work on the park of the 22nd Party Congress should soon be completed.

The interlocutor of the publication said that in 2022 the authorities will be engaged in the Solnechnaya Alley in the Solnechnyi microdistrict and the Preobrazhensky Park in the Academic District, since both objects received an equal number of votes .

Earlier it became known that they wanted to spend 50 billion rubles for the improvement of the capital of Bashkiria. It was clarified that for the allocated funds for the 450th anniversary of Ufa, the regional authorities are planning to build and improve a number of facilities.