NOS: Police in the Netherlands detained over 100 people during protests against the lockdown 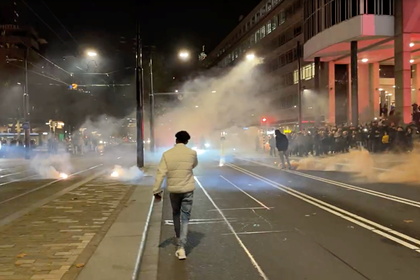 According to the newspaper, unknown persons set fire to an elementary school building in the town of Rosendal during the riots. In Groningen, demonstrators smashed a shop window, stole bicycles and damaged a bus stop. Cases of vandalism, arson and illegal fireworks have been reported across the country. A number of regions declared a state of emergency.

Earlier it was reported that several people were injured because of the warning shots of the police, which were fired during the dispersal of protesters in Rotterdam. According to local media reports, at least two people were injured. The protests in the country began after Prime Minister Mark Rutte announced tougher restrictive measures due to the worsening situation with the coronavirus. From November 13 to December 4, the country introduced a lockdown and reduced opening hours for shops, restaurants and entertainment venues.