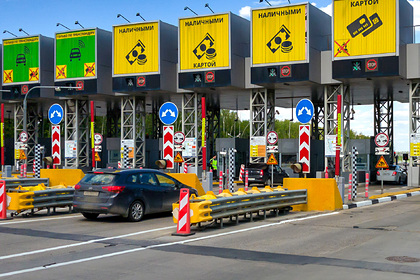 types of fuel, write Izvestia. So far, the owners of environmentally friendly cars do not pay for the use of the road infrastructure, but on an equal basis with others, they have a negative impact on it, the ministry believes.

The Ministry of Transport also advocates the introduction of excise taxes on some fuels – gas engine, electricity, hydrogen. In addition, the department proposes to charge truck drivers for travel on all roads, except municipal ones. These measures are needed as new sources of replenishment of road funds.

The Ministry did not support the proposals in terms of eco-transport, believing that this would lead to a decrease in demand for it. So far, one of the main sources of replenishment of road funds is budget revenues from excise taxes on automobile and straight-run gasoline, diesel fuel, motor oils for diesel and carburetor engines. Eco-friendly transport is not involved in replenishing the fund.

The measures proposed by the Ministry of Transport will lead to an increase in the cost of owning carbon-free cars and slow down their implementation, the source of the publication is sure. At the same time, Tatyana Gorovaya, vice president of the Center for Strategic Research (CSR), believes that in Russia, following the example of the West, they will also gradually resort to the “user pays” mechanism. The coordinator of the Blue Pails movement Pyotr Shkumatov noted that if direct payments are introduced, eco-friendly cars will no longer be bought in Russia.

The government presented a concept for the development of electric transport in Russia in August. The plan will be implemented in two stages: from 2021 to 2024 and from 2025 to 2030. At the first stage, the country is going to achieve a production volume of 25 thousand electric vehicles, and by 2030 bring it to the level of 220 thousand.