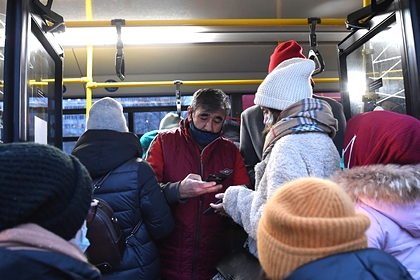 Several conductors were injured and ended up in Kazan hospital during the first day of the check QR codes for passengers in public transport, the city hall told RIA Novosti.

So, one of the passengers attacked the conductor and sprayed pepper spray in his face. The authorities asked the townspeople not to show aggression towards the controllers. “Covid has been preventing the whole world from living in a normal and familiar way for many years, forcing measures to be taken to curb the spread of the disease. But nothing justifies violence and beatings, “the representatives of the mayor's office explained.

In addition, the administration thanked the citizens of Kazan who prepared for the checks.

On Monday morning, November 22, from public transport Kazan was dropped by more than 500 people due to the lack of QR codes. The presentation of digital passes also made it difficult to board the metro, due to the Russian who refused to show the document, tram routes were delayed. Against the backdrop of restrictive measures in the city, taxi prices have also increased.