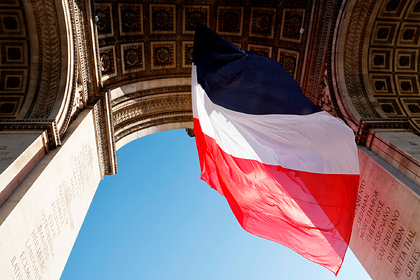 France wants to continue working with Russia and NATO on joint control over armaments. This was told to reporters in the press service of the French Foreign Ministry, TASS reports.

Ideal storm .China and the United States are pulling military forces into the South China Sea. How will the battle for regional dominance end? 00: 02 – October 13

“Sanctions are for life” The US threatens Russia with new sanctions. Who makes these decisions and how? The Foreign Ministry also noted that Paris has recently been observing a gradual erosion of the framework for arms containment and wants to correct the consequences of this process.

In early November, Russian Foreign Ministry spokeswoman Maria Zakharova said that despite growing disagreements, Moscow is continuing its dialogue with Washington. According to her, this is in particular necessary in order to exercise control over arms.

Also in November, the Secretary of the Russian Security Council Nikolai Patrushev admitted that a meeting between the Presidents of Russia and the United States, Vladimir Putin and Joe Biden, could take place before the end of 2021 … The presumable agenda of the meeting could be the situation in Ukraine, cyber security and control over the proliferation of weapons.