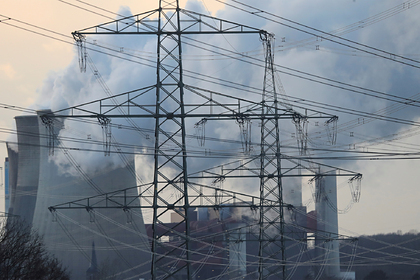 – due to the rise in energy prices. This is reported by Die Welt with reference to a study by the Union of German Chambers of Industry and Commerce (DIHK).

Rapidly rising electricity and gas prices pose a threat to the German economy. Even small and medium-sized companies face significant cost increases. Many companies can cope with a difficult period only by saving on investments of any kind. “The picture the companies have painted is very disturbing,” said Peter Adrian, President of DIHK. “High electricity and gas prices are already depriving a third of companies of the financial capacity for the necessary future investments.”

In the survey, 46 percent of companies reported that rising prices could jeopardize their competitiveness. Another 11 percent said they were forced to postpone investments in the climate agenda due to high prices for electricity and gas. 17 percent want to defer investment in their core processes and research and innovation. DIHK warns that without these modernization costs, companies will be much less prepared for the energy transition.

“For many companies, the consequences of higher electricity and gas prices are existential, as German companies already pay the highest electricity prices,” commented the Union of German Chambers of Commerce, adding that German companies pay about twice as much as their competitors. in France.

Many companies are hoping to conclude contracts with individual operators of wind farms in order to become more independent from the rise in prices on the electricity exchange. “More than 40 percent of companies are very interested in long-term direct supply contracts,” says DIHK. “Because this will not only help achieve climate neutrality, but also stabilize electricity prices.”

Europe is facing an energy crisis amid lower-than-expected gas supplies from Russia and Norway, – for the recovery of the consumption economy. The skyrocketing gas prices led to a rise in prices for other energy resources. In October, the cost of gas almost reached two thousand dollars. As of this writing, gas is trading at $ 990 per thousand cubic meters, according to the ICE exchange.