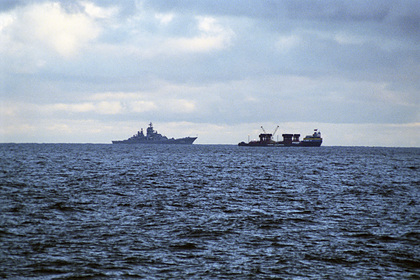 Indirect signs confirm the version of Admiral Vyacheslav Popov about Tom that the nuclear submarine “Kursk” sank as a result of a collision with a foreign submarine. Such an assessment was given to her by the ex-chief of the main staff of the Russian Navy (Navy) (1998-2005), Admiral Viktor Kravchenko, writes RIA Novosti.

The government commission under the leadership of the Attorney General claims that the official version of the death there was an explosion of a steam-gas torpedo, which led to a detonation. As noted by Kravchenko, an automatic device that sends SOS signals in certain situations is installed on American submarines.

Earlier, a member of the State Duma Defense Committee, Yuri Shvytkin, admitted that the investigation into the death of the Kursk nuclear submarine could resume if new circumstances. However, he stressed that he adheres to the official version.

On November 22, the former commander of the Northern Fleet, Admiral Vyacheslav Popov, said that the nuclear submarine had died as a result of a collision with a NATO submarine. According to the admiral, she was later found off the coast of Norway.

The Kursk sank on August 12, 2000 in the Barents Sea 175 kilometers from Severomorsk at a depth of 108 meters. According to the official version, this happened as a result of the explosion of a torpedo on board and further detonation of ammunition during the exercises of the Northern Fleet. All 118 crew members were killed.