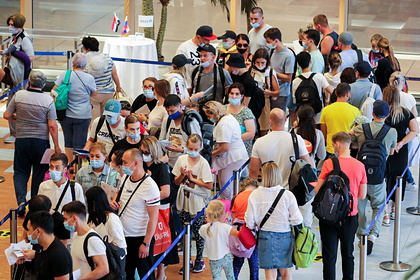 Leader of the Green Alternative Party Ruslan Khvostov Sergey Lavrov to ban flights with Egypt because of the “bestial” attitude towards Russian tourists. This is reported by the “National News Service.”

“There is only a dirty floor. The only association that arises at the sight of such behavior towards our fellow citizens is that they are treated like cattle, ”the party leader said in his address and added that the Russians did not deserve such an attitude.

Earlier in November, Russian tourists who flew in from Egypt complained of six-hour queues at Sharm el-Sheikh airport. It is noted that security measures have been strengthened in the terminal, where only flights to Russia are served. According to eyewitnesses, border guards behave in a rude manner and take money from passengers, promising to board them without going through security checks.