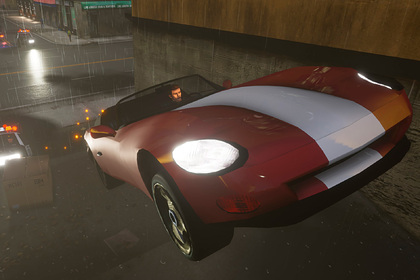 Rockstar has released the first major update for Grand Theft Auto: The Trilogy – The Definitive Edition. This is reported on the studio's support site.

Update 1.02 applies to current and past generations of PlayStation and Xbox consoles. Rockstar also promised that PC and Nintendo Switch users will receive an update to fix the problems of the failed release. The message says that the patch includes fixing translation errors from English, displaying textures, “holes” on the map, disappearing objects.

The update also fixes errors in the games of the collection of remasters, due to which the player could increase your running speed by quickly changing weapons. Fixed a bug due to which the games crashed after the player got into the car, and the damage meter was incorrectly displayed on the screen.

Several fixes affected specific games in the collection. For example, in GTA 3, a bug was fixed, due to which the player could not get the achievement Disposing of the Evidence, in GTA: Vice City – a bug due to which the character model of Tommy Vercetti took a T-shaped pose.

The GTA Trilogy games were released on November 11th. In late November, Rockstar acknowledged the remasters' problems and promised to improve the quality of the game in the coming days. The studio also noticed that the original games GTA 3, GTA: Vice City and GTA: San Andreas will be back on sale.