Lawyer Tarasyuk: Ministry of Emergency Situations challenged the verdict of firefighters Genin and Bursin in the “Winter Cherry” case 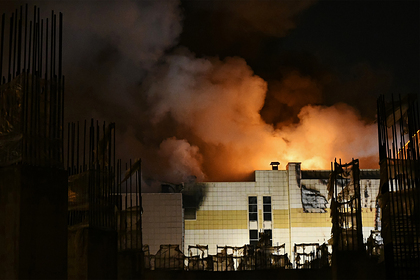 and Andrei Bursin, who are being prosecuted in the case of a fire in the Kemerovo shopping center “Winter cherry”. This was announced by lawyer Svetlana Tarasyuk, her words were reported by RIA Novosti.

As a civil defendant, the department filed an appeal against the verdict on November 19.

Earlier, the head of extinguishing the fire in the Zimnyaya Vishnya shopping center Bursin and firefighter Genin were found guilty of negligence. They were sentenced to six and five years in prison, respectively. The court considered that the crime was caused by the lack of systematic training of firefighters in Russia and weak interaction between various rescue departments.

The fire in the Zimnyaya Vishnya shopping and entertainment center occurred on March 25, 2018. As a result of the tragedy, 60 people died, including 37 children. Another 79 people were injured. The fire occurred due to a leaking roof: water flooded the lamp and a short circuit occurred. In the building of the mall, the fire alarm did not work, and fire exits did not function.