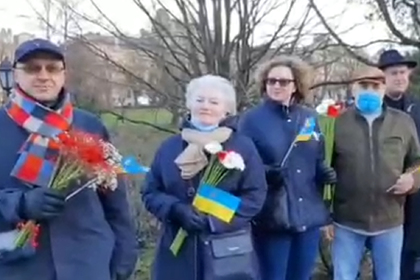 Bandera “dedicated to the ideologue of Ukrainian nationalism Stepan Bandera. This was announced on his Telegram channel by the journalist of the Rossiya Segodny media group Alexei Stefanov.

In the published video, the diplomatic workers lined up and, after the operator's command, began to sing the first verse of the song.

At the end October, a flash mob with a song about Bandera was launched by Ukrainian tiktokers. Videos began to circulate on social networks in which teenagers in different places and situations perform this composition.

During the Second World War, Stepan Bandera headed the Organization of Ukrainian Nationalists, which collaborated with the Nazis (OUN, banned in Russia) . Under his leadership, the radicals carried out ethnic cleansing of Poles, Russians, Jews and Gypsies on the territory of Ukraine, and also participated in anti-partisan operations jointly with the Wehrmacht and the SS.