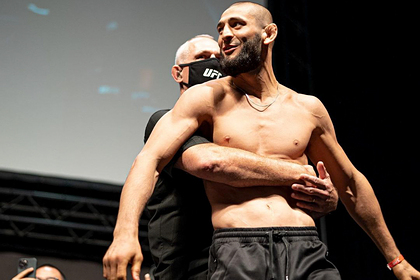 “I want to fight this guy. Let's fight, bro, ”wrote the 27-year-old athlete. The video, under which he left a comment, showed the best moments of Brady's victorious fight with compatriot Michael Chiesa.

On November 19, Chimaev addressed the head of the UFC, Dana White. The athlete asked about who will be his next opponent.

Chimaev won four victories in a row in the UFC. In his last fight at UFC 267, he forced the surrender of Li Jingliang of China. In total, Chimaev has ten victories in ten fights. Brady, 28, is also an undefeated fighter: he has won 13 victories in 13 fights.

Chimaev is a native of Chechnya. He left Russia at the age of 19. The Chimayev family went to Sweden. The Chechen came to martial arts through freestyle wrestling.