By December 20, it is planned to complete the decoration of Sochi with Christmas trees 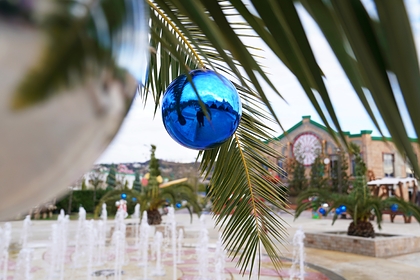 More than 40 Christmas trees, light compositions and interactive screens will appear on the streets of Sochi by the New Year – it is planned to complete the decoration of the city by December 20. This was reported by Vesti Sochi.

The Department of Architecture and Urban Planning has already prepared a layout plan for all objects. Thus, special New Year consoles will appear on the lighting poles for automobile bridges in Lazarevskoye, Zubovaya Shchel and Golovinka, and an interactive screen with online broadcasts from other cities of the country will appear on Flag Square.

It is noted that the main motto of the upcoming holidays is “Healthy New Year in Sochi”. In this regard, after December 1, New Year vaccination points will be installed in all districts of the city.

Earlier in November, it became known that the Russians wanted to spend New Year's holidays in Veliky Ustyug, Moscow and in the Karelian Lakhdenpohja. Analysts of the service for booking accommodation for vacation Tvil.ru noted that the demand for housing in the homeland of Santa Claus increased by 800 percent compared to last year.