Investigative Committee of Belarus: 132 people were recognized as victims of the actions of the Polish security forces 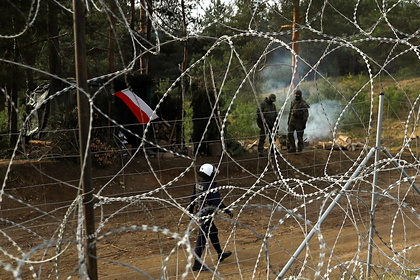 The Investigative Committee (IC) of Belarus counted 132 people security officials at the border. BelTA informs about it.

“132 people, including 23 children aged from one to 14 years old, were recognized as victims in the criminal case,” Chairman of the Investigative Committee Dmitry Gora told reporters.

According to him, the number of victims is growing. For example, during a meeting of Gory with journalists, forensic doctors examined a father and a child who suffered from the actions of the Polish security forces.

In early November, the migration crisis worsened on the border of Belarus and the EU countries. Thousands of refugees from the Middle East have gathered near the cordon trying to break into the EU. Western politicians argue that the Belarusian authorities deliberately organized what was happening.

On November 16, migrants stormed the border and threw stones and sticks at the Polish military, who responded by using tear gas, water cannons and stun grenades. The Investigative Committee of Belarus called the actions of the Poles a crime against the safety of mankind and opened a criminal case.