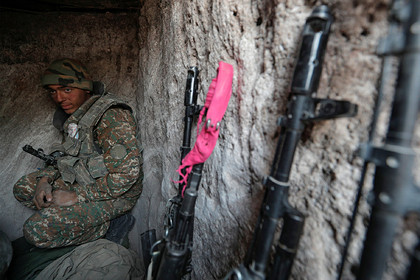 Armenia will demand protection from the European Court of Human Rights (ECHR) from torture for their prisoners in Azerbaijan. Armenian representative at the court Yeghishe Kirakosyan made a corresponding statement to the ECHR. This is reported by Novosti-Armenia.

The Representation of the Republic of Armenia submitted an application in accordance with Rule 39 of the Court's Regulations, which envisages the adoption by the court of interim measures to preserve life and prohibit torture for certain persons. Submission of an application means that Armenia has facts or other grounds to assume a threat to the lives of its captives.

Land of War. Afghanistan was tried to conquer Britain, the USA and the USSR. Why did only the Taliban succeed?

Armenian servicemen were captured by the Azerbaijani army as a result of battles on November 15-16. The clashes took place in the Syunik region in southern Armenia, where earlier Baku set up checkpoints on the road connecting Armenian villages with the regional center. In total, 13 Armenian soldiers were captured.

Baku and Yerevan blamed each other for the beginning of the conflict. Armenia on November 16 turned to Russia for help, urging Moscow to comply with allied obligations and help defend the territorial integrity of the republic. Soon, through the mediation of Russian Defense Minister Sergei Shoigu, the parties concluded a truce.

The ECHR can either agree with the statement or refuse to take interim measures. Earlier, Russia accused the European Court of demanding the release of the founder of the Anti-Corruption Fund ( FBK, included by the Ministry of Justice in the register of organizations performing the functions of a foreign agent, recognized as an extremist organization and banned in Russia ) Alexei Navalny, stating, that the ECtHR is abusing rule 39 of the regulation. In 2015, a similar statement was denied to the captain of the Ukrainian army, Nadezhda Savchenko, who was imprisoned in Russia.