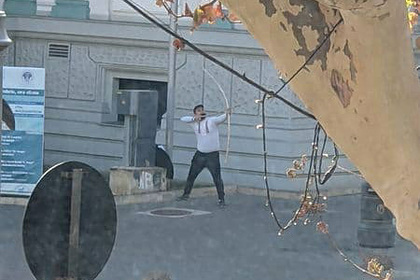 A man with a bow attacked the city hall in the center of Chisinau. Telegram-channel “Sputnik Moldova” writes about this.

It is noted that the archer approached the building of the capital's administration and fired a shot at it. However, he did not damage the building.

Subsequently, a report was drawn up against the man. Currently, law enforcement officers are investigating the motives for the attack.

In 2020, Moldovan farmers protested and blocked the entrances to the government building in Chisinau with tractors. Thus, they decided to obtain from the country's authorities an increase in the amount of compensation for the lost crop and the abolition of the increase in VAT on agricultural products.