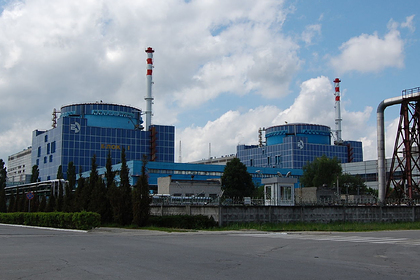 Ukrainian Energoatom has signed two cooperation agreements with the American company Westinghouse. They talk about the construction of two units of the Khmelnytsky NPP using the AP1000 technology. The broadcast of the conference “Nuclear Opportunities for the Development of the Country”, at which the acting president of Energoatom Petr Kotin and the head of Westinghouse Patrick Fragman put their signatures, is hosted by the YouTube channel of the Ukrainian company.

The first contract provides for the purchase of services for the design of power units , and the second – the purchase of the necessary equipment. Such contracts were previously announced by President Vladimir Zelensky during his visit to the United States.

The parties signed a memorandum on the implementation of a pilot project for the construction of a power unit at the Khmelnitsky nuclear power plant and four more units using Westinghouse technology. The amount of investment is up to $ 30 billion.

Until 2015, it was assumed that Rosatom would build the third and fourth units of the Khmelnitsky nuclear power plant, but amid a conflict between the countries, the agreement was denounced. In February 2021, the Ministry of Energy of Ukraine announced plans to build two units at Khmelnitskaya and one at Rivne NPP. They will have to replace the units being decommissioned.

Ukraine's cooperation with Westinghouse intensified in 2014. The parties agreed on the supply of nuclear fuel until 2020. As of 2019, its share was 46 percent, the rest was taken by imports from Russia. After 2021, Americans are expected to take the lead in the market.