Interfax: the version about the collision of the Kursk with a foreign submarine has not been confirmed 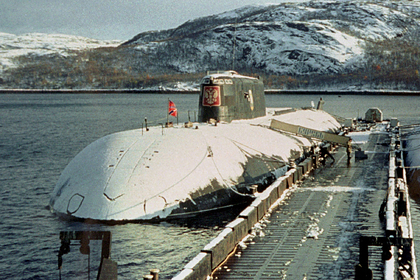 The version about the collision of a nuclear submarine “Kursk” with a foreign submarine was tested during the investigation, but did not find confirmation. Two sources told Interfax about this, commenting on the statement of the former commander of the Northern Fleet, Admiral Vyacheslav Popov, about the death of the Kursk.

“From the very beginning, the investigation had such a version. A lot of materials have been collected and studied, but there is no evidence of the collision as the cause of the Kursk's death, “the agency's interlocutor said.

Another source indicated that, as a rule, in high-profile cases like the Kursk case, may resume the investigation in connection with the newly discovered circumstances, but now we are talking about facts that were known earlier. “There are no grounds for resuming the investigation yet,” he stressed.

Earlier on November 22, the former chairman of the Special Purpose Underwater Operations Committee, Vice Admiral of the Reserve of the Russian Navy, Tengiz Borisov, said that there was nothing to do with the death of a NATO submarine They don't have Kursk. He also disagreed with Popov's statement that the submarine “nodded.”

In the Kursk crash on August 12, 2000, 118 sailors were killed. According to a report by the Prosecutor General's Office, the cause of the disaster was a torpedo explosion caused by a leak of fuel components. The version of the possible collision of “Kursk” with a foreign submarine, presented by Admiral Popov, was put forward by him in November 2000, three months after the death of the submarine, but was never confirmed. During the investigation, Popov continued to command the Northern Fleet and was removed from office only on December 1, 2001 with the wording “for serious omissions in organizing the daily and combat training activities of the fleet.”