In the Saratov region, the captain of a Russian diesel-electric ship was accused of stealing fuel 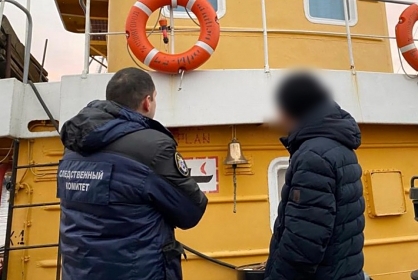 case under article 160 (“Waste of funds with the use of official position”) of the Criminal Code of the Russian Federation. This was reported on Monday, November 22, by the regional department of the Investigative Committee of Russia (TFR).

According to the investigation, on June 14, the vessel was in the Volga water area in the Volsk region. In the evening, when visibility became worse, the Russian pumped 2,272 kilograms of fuel from the tanker standing on the deck with a hose. He poured the stolen goods onto another ship. The ICR clarified to Lente.ru that the captain caused damage to his enterprise in the amount of 104,227 rubles.

The theft was revealed by employees of the Privolzhsky linear administration of the Ministry of Internal Affairs in transport. The captain was charged. The collection and consolidation of evidence in the criminal case is underway.

On September 23, it was reported that in Khabarovsk, captain of the Russian army Alan Khasikov was sentenced to seven years in a general regime colony for stealing food products.