InfoSecurity24: further militarization of the border between Poland and Belarus is expected 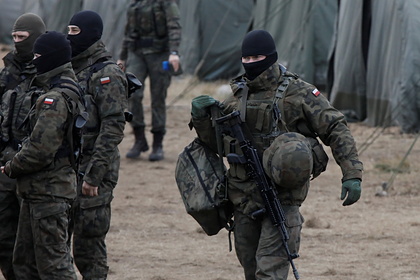 in the near future, further militarization of interstate borders can be expected. Three possible scenarios for the development of events on the border of the two countries are disclosed by the Polish edition InfoSecurity24.

The publication states that any strengthening of the Belarusian side at the border will be presented by Minsk as “a necessity in the face of aggressive steps by Poland and Lithuania.” In this regard, the publication admits the development of the border situation between Belarus and Poland according to several scenarios.

The soft scenario assumes the emergence of unmanned aerial vehicles, helicopters, armored vehicles and sniper groups from the Belarusian side of the border. Hard – the introduction of heavy equipment of the regular army into the crisis zone. “In an extreme case, one can expect Russia's activity, for example, the appearance of Russian border guards (FSB) on the Polish-Belarusian border,” the publication says.

In early November, migrants from the Middle East, who are trying to get into the European Union, have set up a campground. Western countries accuse the Belarusian authorities of deliberately bringing migrants to their place on airplanes and forcing them to storm the border.