MOSCOW, 15 Feb — RIA Novosti. Former Soviet leader Mikhail Gorbachev criticized the intention of the state Duma to declare invalid the resolution of the Congress of people’s deputies, which denounced the decision to send troops to Afghanistan. 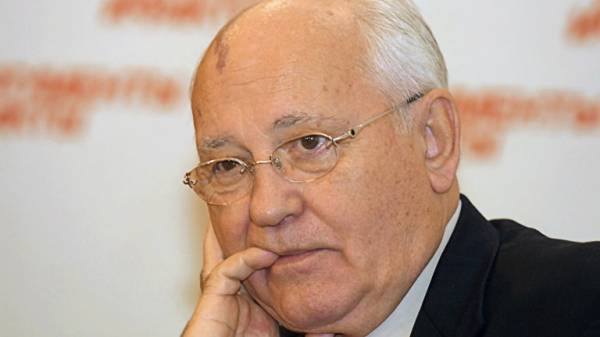 The Duma Committee on defence on 22 January, endorsed the corresponding draft statement of the Duma on the political assessment of the participation of a limited contingent of Soviet troops in the conflict in Afghanistan. The document was prepared by the Deputy Nikolai Kharitonov, the head of the state Duma Committee on defense Vladimir Shamanov, together with veterans ‘ organizations.

MPs propose to “recognize irrelevant to the principles of historical justice moral and political condemnation of the decision to send Soviet troops into Afghanistan in December 1979, and expressed in the resolution of the Congress of people’s deputies of the USSR from December 24, 1989.”

“I think this proposal is completely unacceptable and irresponsible. What are the facts, what arguments lead the authors? How can we deny that this decision was made by a narrow circle of persons, to bypass the Constitution, contrary to the opinion of the military leadership, experts that it has led to massive loss of life that thousands of families lost their sons, fathers, brothers?” — said Gorbachev in an interview with RIA Novosti on the eve of the 30th anniversary of withdrawal of Soviet troops from Afghanistan.

“This is immoral “initiative” should be firmly rejected. Believe that his word should tell the country’s leadership,” said former Soviet leader.