The statement of the Minister of economy of Georgia Giorgi of Cobolii about the negotiations with the Russian company “Gazprom” has drawn sharp criticism from the opposition. From 2017, the country is provided with gas from Azerbaijan, but Tbilisi is counting on the resumption of supplies from Russia. However the opposition have warned the ruling party “Georgian dream”: an attempt to reduce its dependence on Baku may lead to the “enslavement of the country by Russia”. 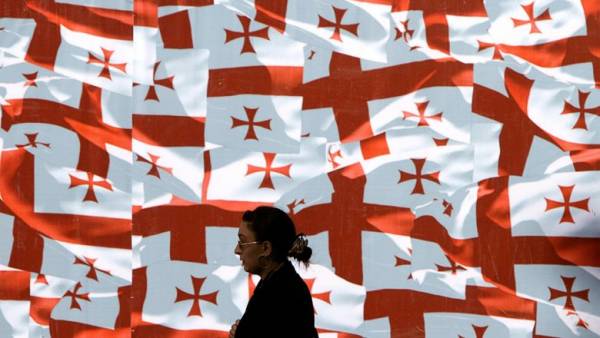 About the negotiations with “Gazprom” George Kobulia expressed during the hearings in Parliament. “We need to have a few gas suppliers to create competition between them in our energy market”, — said the Minister. He is confident that the import of gas from Russia “will help to maintain energy security and independence of Georgia.”

Mr. Kobelia suggests that negotiations with “Gazprom” can be completed at the end of February.

As told “Kommersant”, the Georgian expert in the field of energy Timur, Gochitashvili, the Republic annually consumes of 2.4−2.5 billion cubic meters of natural gas, and this volume is almost 100% ensured with supplies from Azerbaijan by the company Socar and an international consortium developing Caspian fields. According to the agreements reached in the 1990-ies, Georgia at a discounted price to purchase part of the fuel that goes to transit through its territory to Europe.

Experts suggest that a shortage of Azeri gas to speak of and the attempt of the government of Georgia to import gas from Russia is connected with the desire to reduce dependence on one supplier. “That in itself is not bad. Competition is always healthy and useful phenomenon”, — said “Kommersant” the economist Georgy Khukhashvili, who worked as the assistant to the Prime Minister of Georgia Bidzina Ivanishvili 2012-2013.

The interlocutor of “Kommersant” sees the main risk is that Gazprom may try to seduce the Georgian government “non-profit of low prices” for gas. Inability to resist the temptation, says the interlocutor of Kommersant, “will lead to the fact that Georgia will be trapped in Russia”.