Bolton: opposition in the Board of Citgo prevent Maduro to Rob Venezuela

WASHINGTON, 15 Feb — RIA Novosti. Advisor to the President for national security John Bolton stated that the appointment by the opposition in Venezuela of the Board of us oil company Citgo prevents the President Nicolas Maduro to plunder Venezuela. 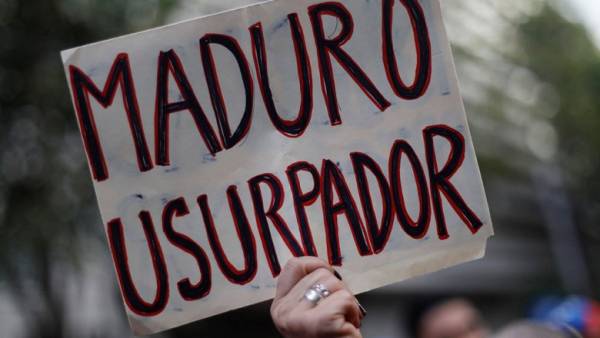 “The United States is pleased to see that the interim President Juan Guido have taken steps to protect Citgo assets for the people of Venezuela. Maduro and his corrupt cronies don’t allow to plunder the resources of Venezuela,” wrote Bolton in Twitter.

The decision of the National Assembly (unicameral Parliament) of Venezuela, members of the Board of Directors of Citgo, owned by Venezuelan state company PDVSA, began Louis Palacios, Edgar rincón, Luis Urdaneta, angel Olmeto, Andres Padilla and Rick Esser. Was also appointed the members of the Board at PDVSA itself: they were Simon Antunes, Gustavo Velasquez, Carlos josé Balsa, Ricardo Prada and David Trigrad.

USA January 28, announced the introduction of sanctions against PDVSA, blocking the assets and interests of the company in its jurisdiction at $ 7 billion, and forbade transactions with them. Venezuelan President Nicolas Maduro has promised to prosecuting those who recognize the purpose of the opposition to Citgo.

Guido, 23 Jan declared himself head of state for the provisional government. The United States and several other countries announced the recognition of Guido and demanded that Venezuelan President Nicolas Maduro, whose election they do not consider legitimate, to prevent military action against the opposition.

Maduro declared himself constitutional President, and the head of the opposition Parliament called “a puppet of the US”. Russia, China and several other countries endorsed Maduro as the legitimate President of Venezuela.