The Minister of Finance and first Deputy Prime Minister Anton Siluanov said that sanctions against Russian government debt, which are set out in the new bill of U.S. senators, primarily hit foreign investors. “Themselves in the leg shot”, — he said at a Russian investment forum in Sochi. 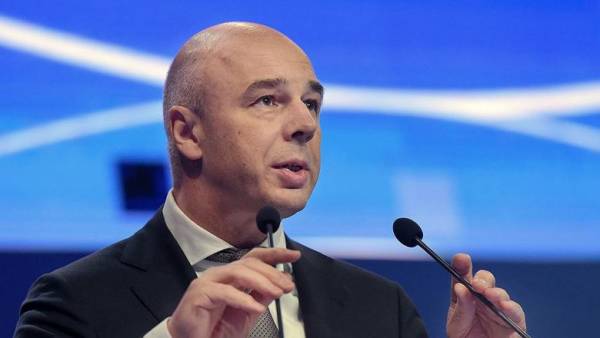 Siluanov said that Russia has created the necessary framework to respond to sanctions and the protection of their companies. “If we are talking about banks, the Central Bank created the necessary buffers, ability to respond to such restrictions. Here, liquidity, and support the state of such banks so that in no case did not hurt the investors in order to implement the calculations in these banks”, — quotes the Minister “Interfax”.

US senators Lindsey Graham and Robert Menendez, prepared a new, tougher version of the bill on sanctions against Russia that failed in Congress last year. The document envisages the prohibition of investment in new Russian public debt and projects of oil production in Russia, the imposition of sanctions on foreign projects of Russian companies on the LNG projects outside Russia, as well as restrictions in the banking sector.