Leopards are on the verge of death: Russian national parks left without funds from the Ministry of natural resources

Interlocutors Daily Storm explain that all nature reserves and national parks since the new year did not receive money for salaries to employees. 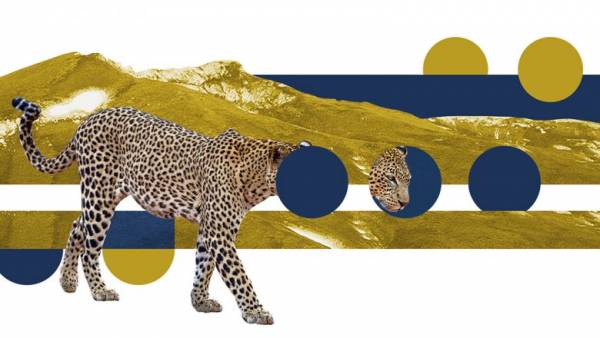 Center of recovery of the leopard in the Caucasus in recent time was in a critical situation. Staff salaries have fallen almost to the level of the minimum wage (in Russia in 2019, this figure is slightly more than 11 thousand rubles), not enough money even to repair the enclosures where they live endangered predators. “Leopard crisis” unfolds on the backdrop of the death in Abkhazia one of the predators that were released into the wild in 2016, named Keeley. Daily Storm considered the problem globally.

Caucasian leopard in the wild, exterminated even to the 80-th years of XX century. Small populations persisted in the Transcaucasian republics and the territory of Northern Iran, a few individuals kept in zoos. Since 2005 launched a program WWF of Russia on restoration of predator populations. Conservationists and scientists have attracted investments from big business to create the Centre for the restoration of the leopard, was built enclosures, scientific base, prepared houses for the predators. Later the construction was joined by the Ministry of natural resources.

In 2009 began the direct breeding of leopards: a few individuals brought in just rebuilt the center from zoos of different countries. In 2013 he received the first offspring. In 2014 to visit the “lion” was visited by the President Vladimir Putin. For all the time the center was born 14 leopards, six were released into the wild, left the other for breeding.

In this light streak in the history of the leopards ended. The first died Victoria, a female, released in 2016. On her death, almost no one wrote like dead leopards we have every yard lie. And recently it became known about the death in Abkhazia at the hands of poachers leopard Killy, in the circumstances of the case, promised to investigate the Minister of natural resources of Russia Dmitry Kobylkin.

All this happens against the background of distress in the heart, which is now fully in charge of the Ministry of natural resources. According to our sources, the center’s employees live on a wage close to the minimum wage, funding has been reduced four times, and the whole work focuses on the banal hold the institution afloat.

A Daily Storm was a letter of head of the Center for recovery of the leopard in the Caucasus, Nikolai Voronin, addressed to the working group the Ministry of natural resources to ensure the implementation of the programme to restore the Persian leopard population in the Caucasus. He Voronin to comment on the situation did not become, having told only that will not discuss the internal Affairs of the center.

In the Department of “Russian Caucasus”, WWF Russia, told us that financial problems have program to restore the leopards did not begin until November 2018. Also we were told that the money must come from the budget through the Ministry of environment.

“The current difficulties with funding associated with ongoing restructuring in the Ministry. We are watching the situation and hope that soon this problem will be solved”, — explained to us in the WWF.