The hotbed of terrorism in close proximity to Russia: Tajikistan on the verge of a new invasion of the Islamists. 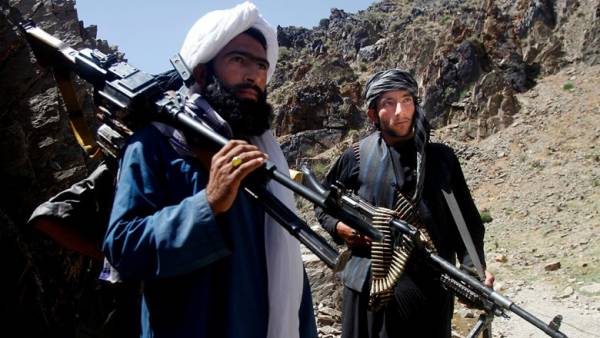 In the nineties in Tajikistan raged a bloody civil war. With the government fighting Islamists. The parties concluded a peace in 1997, but the danger of religious radicals still exist. Especially in light of recent news that is banned in Russia IG the beginning of the transfer of militants to Tajikistan.

Russia was covered with false reports about the mining

“Islamic state” (banned in Russia) is moving its fighters to Tajikistan with the aim of destabilizing the situation in the Republic. This statement on the eve of the forum “Afghan dialogue” has acted the Deputy Minister of internal Affairs of Russia Igor Zubov.

The concern of the Russian authorities is easy to understand: in case of adverse development of the situation in Tajikistan, close to the southern borders of Russia formed the bulwark of Islamic terrorism. In the nineties this Central Asian state has experienced a bloody civil war, during which government troops were opposed by the radical Islamists. In those years, they are actively sponsored the Taliban, and now with the support of another organization they seem to be preparing a new expansion. Why Tajik Islamists have not been able to power twenty years ago and what are their chances of success is to understand”.ru”.

This week, on 5 and 6 February, Moscow hosted the forum “Afghan dialogue.” The delegation of the Russian Federation banned in the Taliban met with representatives of the Afghan opposition. This meeting and the rumors about the imminent withdrawal of us troops from Afghanistan again riveted attention to Central Asia, which has the potential to once again become a hotbed of instability.

Tajik Islamism, seemingly tamed in the late nineties and seems to be defeated in the beginning of the two thousandth, again raising its head. This contributes to lots of unresolved socio-economic problems that the last 25 years just masked the local authorities.

Everything is new, as you know — well forgotten old. In the 1980s the Tajik SSR, too, was a difficult socio-economic situation. The population grew rapidly, especially in rural areas, but in a poor country for them is simply not enough jobs. The problem has tried to solve the relocation of rural residents to cities, but it did not help. By the end of the eighties in cities have accumulated thousands of unemployed poor people, who became the main force of future conflict.

Killed one of the most wanted terrorists in the world

Provoked, oddly enough, the conflict in the distant Transcaucasian Republic. In February 1990, a few dozen Armenian families came to the family in Tajikistan, fleeing from the intensifying inter-ethnic conflict in Karabakh.

Popular rumor has increased the number of refugees to a few thousand, and then rumors that the Armenian families will get large apartments in new buildings without waiting. On 12 February, a disgruntled mob stormed the Central Committee building, and then around Dushanbe, a wave of pogroms. Protests were held across the country, the Soviet authorities quickly lost control, and 24 August was adopted the law “On the state sovereignty of Tajik SSR”. And in December 1991 Rahmon Nabiyev became the first President of independent Tajikistan.

But popular support for the new head of the Republic was not. And it’s not his political views or unpopular reforms. Just Nabiev belonged to the ruling clan of northerners-hogettes, who led the Tajikistan even in Soviet times. For the citizens he represented the old regime.

the Chinese Government legalized the camps of re-education of Muslims

Opposition Nabieva were the southern Pamirs. They both proclaimed Islamic and democratic slogans. Due to the fact that in the late eighties, the border in remote areas of the Pamirs is practically not guarded, the region has strongly influenced the Afghan Mujahideen, many of whom were ethnic Tajiks. And the leaders of the clan quickly realized that to win the necessary outside help. And cooperation with the Taliban has opened access to money from rich countries of the Persian Gulf.

However, the recruitment of supporters inside the country, the Islamists have had problems. The fact is that, unlike neighbouring Uzbekistan, Tajikistan did not have such a powerful religious centres like Samarkand or Bukhara. Correspondingly, no serious Islamic scholars. Therefore, religious extremism there is nowhere to take.

Islam Tajiks was just part of the traditional way of life and probably would shock any graduate madrassas from Saudi Arabia. However, with Afghan instructors of the Islamic opposition very soon managed to put together a small but fully operational units.

In addition, the Pamiri people were displaced by drug trafficking from Afghanistan, taking over from the local mafia every year. In may 1992, the conflict turned into a phase of armed conflict.

Not to say that the civil war in Tajikistan was in the full sense of the confrontation between secular authorities and religious radicals. It was a struggle of the clans United not only by place of origin, but also on business interests. Crazy stiffness met with both sides. The opposition declared government supporters “supporters of the infidels” and staged mass executions. This is not surprising, given that in their ranks there is a real Islamist Taliban and a battalion of militants of the banned in Russia “Islamic movement of Uzbekistan”.

“Father of the Taliban” urged China to help

Government forces were paying the opposition in the same coin. In the villages seized by government troops, people were killed just for the suspicion of sympathy for the opposition. Sami villages were simply burned, not to spend energy on defense. Officer of the brigade of the GRU Oleg Galibin, who helped train the soldiers of the government forces, in his memoirs, called them a “friendly gangs”.

However, the logic of war made the opposition increasingly Islamic. Combat brotherhood with the Taliban very soon turned many supporters of the opposition in these Islamic fundamentalists. And at some point in the location of units of the Tajik opposition arrived a Jordanian Khattab, whose name was later learns the whole of Russia.

It was during the civil war in Tajikistan in the Russian language and became the word “Wahhabi”. However, at that time, apparently, for ease of pronunciation, it was transformed to “Vova”.

So later began to call the whole of the Tajik opposition and government supporters for a very strange reason called “Yurchik”. Despite the flippant title, the war of Vova and Yurchik was one of the bloodiest in the former Soviet Union.

The crisis deepened, and in 1994, the Republic changed the power. In the early presidential elections won by Emomali Rahmon. His election was the catalyst for the negotiating process between the warring parties. First, it came from Garm, did not belong to the hated “northerners” and did not cause rejection, the leaders of the opposition. Second, Rahmon was the “dark horse”. Neither the Pro government nor the opposition took it seriously and hoped to soon shift a “compromise figure”.

, Western intelligence agencies are studying scenarios of the conflicts in the regions of the Russian Federation, said the interior Ministry

Both sides in the hope of a quick victory continued to fight, the victims became more and chances of winning did not increase for anybody. In these circumstances, in 1997 the government and the opposition sat at the negotiating table and made peace. The Pamiri people got part of the posts in the government of the Republic, and the Islamic Renaissance party of Tajikistan has been able to legally participate in the elections. However, the history of the Islamist movement in the country did not end there.

One of those who refused to lay down their arms, was Abdullo Rakhimov. About the early years of his life almost nothing is known. He was born in 1949 in Leninabad. Pre-war biography Rakhimov is surrounded by many myths, which were reproduced as his supporters and opponents. It is believed that under the Soviet regime, he led a rather boring life and was engaged in repairing TVs. At some point, fate brought him with Eshoni Abdurahiman, theologian, whose Rakhimov 13 years he learned the basics of theology. Then, allegedly, he got the nickname of moulleau Abdullah, under which went down in history because of its religiosity and morals.

After the outbreak of civil war he joined the forces of the opposition and quickly became a respected field commander.

Of moulleau Abdullah was one of the few leaders of the Islamists, whom he loved in the nation. For example, he has never been associated with drug trafficking and, in spite of its cruelty, had the reputation of a strict but fair man. His adherence to principles and intolerance led to conflict with other opposition groups. When they made peace with Rahmon, Abdullah called his former supporters traitors and some people went to the mountains to continue the struggle for the construction of a Central Asian Caliphate.

In 2009 at the head of the squad of several dozen militants, Abdullah crossed the Afghan-Tajik border. Returning home, he said that the war is not over, and every day his supporters were more and more at the expense of poor peasants and criminal elements. The troops of Abdullah belonged, and former commanders of the opposition seems to be already laid down their arms. Found out about this, Rahmon announced the elimination of Abdullah, the number one objective, but it is only attracted to the field commander new supporters. In the country started talking seriously about a new phase in the civil war.

But of moulleau Abdullah and failed to collect a really strong group. His unit was a couple hundred people. Ring around Rakhimov is constantly ached, and April 15, 2011 in the next battle he was killed.

of the Sponsors of the IG collected on regions

But while Abdullo Rakhimov was running around with a gun on Afghan and Tajik mountains, his former colleagues are quite legitimately involved in politics. In the 2000 elections, the Islamic Renaissance Party of Tajikistan (IRPT) entered the Parliament. She refused most radical slogans and no longer advocated the building of a Caliphate, but only for an active role of Islam as the traditional values in the life of Tajik society.

Oddly enough, but the structure of the Islamists was the most liberal in Tajik politics. The party refused from the clan of the principle, in its ranks it was possible to make a career, regardless of social status and origin. It has positioned itself as the defender of Islam and Muslims, and not just residents of a particular region. In rural areas, the IRP often superseding state institutions. Its members created the religious educational institutions which are actively engaged in charity.