Parliament approved the change of name of Dnipropetrovsk region on Sichevskyi

KIEV, February 7. /TASS/. The Verkhovna Rada has approved a bill changing the name of Dnipropetrovsk region on Sichevskyi and sent it to the constitutional court (CC) for the conclusion concerning compliance of the Constitution. The bill was supported on Thursday of 240 deputies at minimum necessary 226. 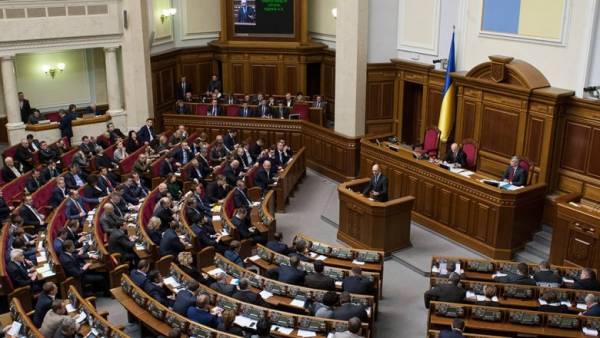 “In the second part of article 133 of the Constitution the word “Dnepropetrovsk” was replaced by “Sichevskyi””, — stated in the document. This bill was proposed by group of deputies, although the country’s President Petro Poroshenko initiated another bill which proposed the name of the Dniprovsky region. However, his version was supported by only 144 seats.

This is the second attempt to change the name of the region. In December 2018, the Rada has not approved the direction of the COP of the bill to rename.

Need to rename connected with the action of the so-called law on de-communization, according to which prohibited the propaganda and symbols of the Soviet period, and the name of the region refers to Grigory Petrovsky — party, the Bolshevik and Soviet statesman.

Proponents of the bill emphasize that the territory of Dnipropetrovsk oblast connected with the history of the Ukrainian Cossacks and the administrative-military centers — slaughter. “It is also known that during 1918-1921 the current city of Dnipro had an unofficial name Iceclaw, which is due to the defeat in the war with “red” and “white” did not manage to take as the official”, — stated in the explanatory note to the bill.

Now in the Parliament awaiting the decision of the constitutional court, after which at the next session of Parliament is expected to finalize the decision.