Ukraine filed charges of treason against the “other Russia” Medvedchuk

The matter related to its proposal to make Donbass an Autonomous region of Ukraine. 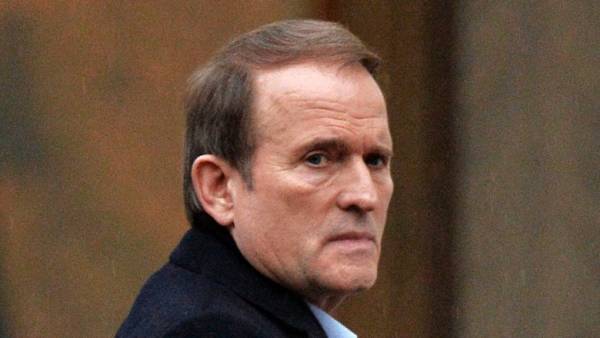 The Prosecutor General of Ukraine opened a criminal case against the Chairman of the political Council of the Ukrainian party “the Opposition platform for life” Viktor Medvedchuk. About this informed the press-Secretary of Department Larisa Sargan in his Facebook.

According to her, cases brought under part 1 of article 110 and part 1 of article 111 of the Ukrainian Criminal code (public calls for actions to change the boundaries of the territory or state border of Ukraine, high treason). They will be transferred to the security Service of Ukraine (SBU) “jurisdiction,” said Gar.

Cases were opened due to the application of Medvedchuk at the Congress of the party “Opposition platform for life” on 29 January, said the representative of the Prosecutor General. In it, he proposed to create an Autonomous Donbass region within Ukraine. Ukraine according to the Constitution is a unitary state, and Russia “by ensuring that the self-proclaimed Donetsk and Luhansk people’s republics (DPR, LPR) manpower, weapons and other materials conducting aggressive actions,” said Gar.

The proposal announced by Medvedchuk January 29, suggests that the region will be created by the state authorities, in particular Parliament and the government. He noted that the initiative corresponds to the Minsk agreement, and the Declaration of the “Normandy format”, and the current legislation of Ukraine.

The politician also stressed that agreement on the region can be achieved “on the quadrangle” which includes Kiev, Donetsk, Lugansk and Moscow.

One of the friends of Russia in Ukraine, Russian President Vladimir Putin called Medvedchuk in the summer of 2017 during the direct line with the population. According to Putin, he met with Medvedchuk in the early 2000s, when he was head of the presidential administration of Leonid Kuchma. “He (Medvedchuk — “Vedomosti”) is thus for very good relations with Russia, if not for an Alliance of some kind, that economic integration. He says that it is absurd to destroy those advantages which we have inherited from the past”, — said Putin.

Read also: Lukashenko on the conflict in the East of Ukraine: it was a misunderstanding and I need to finish