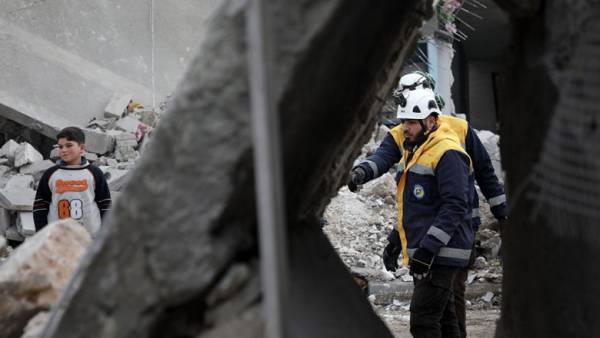 “The instruction of the Emir of Qatar to support the Syrian people, the Qatar development Fund has allocated assistance to the Syrian non-governmental volunteer organization “Syrian civil defense” (“White helmets”) in the amount of two million dollars”, — noted in press service.

Agreement on the allocation of material assistance was signed by the Deputy Director General of the Fund, Misfar al-Shahwani and head of the “White helmets” Raed al-Saleh.

As explained in the Foundation, via Qatar will go to the purchase of seven fire trucks, training of volunteers in Syria, the repair of roads affected by the bombing of areas of the country.

In addition, the money allocated for the activities of the “White helmets” to search people under the rubble of houses collapsed in the bombing, rescue victims and extinguish fires.

Organization “White helmets”, which received wide recognition and support in the West, declared as its goal the salvation of the civilian population in combat zones, but accused the Syrian authorities of having links with extremists and conducting hostile propaganda activities. The Russian foreign Ministry has previously described the activities of the “White helmets” part of the information campaign to demonize the Syrian authorities and, in particular, hold them responsible for April’s provocation that gave rise to the West to accuse Damascus of applying chemical weapons and to strike blows to objects of the government troops.